The first version of Sandbox was created as an internal Algorand hackathon project. Over the past year it’s proven to be extremely useful to have easy access to a disposable Algorand node environment. With Sandbox 2.0 we’ve taken all of our favorite features and added in some new ones to make the Sandbox even better.

First and foremost Sandbox is a tool for developers. It streamlines the process of setting up an Algorand node in a containerized environment. If you’re developing an application and need a test environment, look no further.

How to use Sandbox

Things haven’t changed much when it comes to how you use the Sandbox. We wanted to keep things streamlined and easy to use, that was one of our favorite things from the first version. To that end, the base commands are essentially the same as they were before.

To bring up the default private network use ./sandbox up: 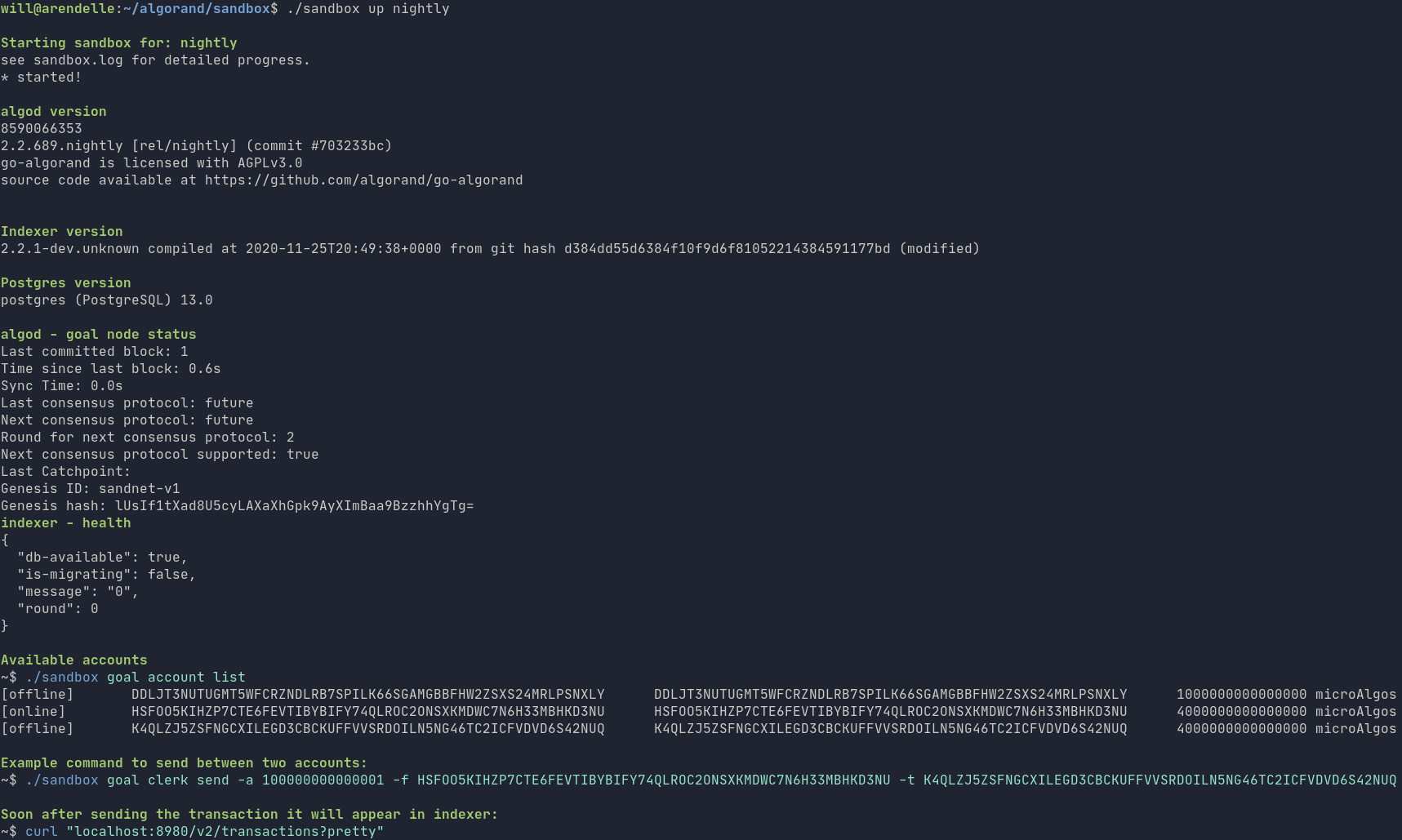 As you can see there are 3 accounts ready to use, and an example command is displayed which will create a transaction to transfer funds between two of them.

In addition there is an example to show you how to query for the transaction with Indexer.

To get a better idea about how to use some of the different sandbox endpoints, run ./sandbox test: 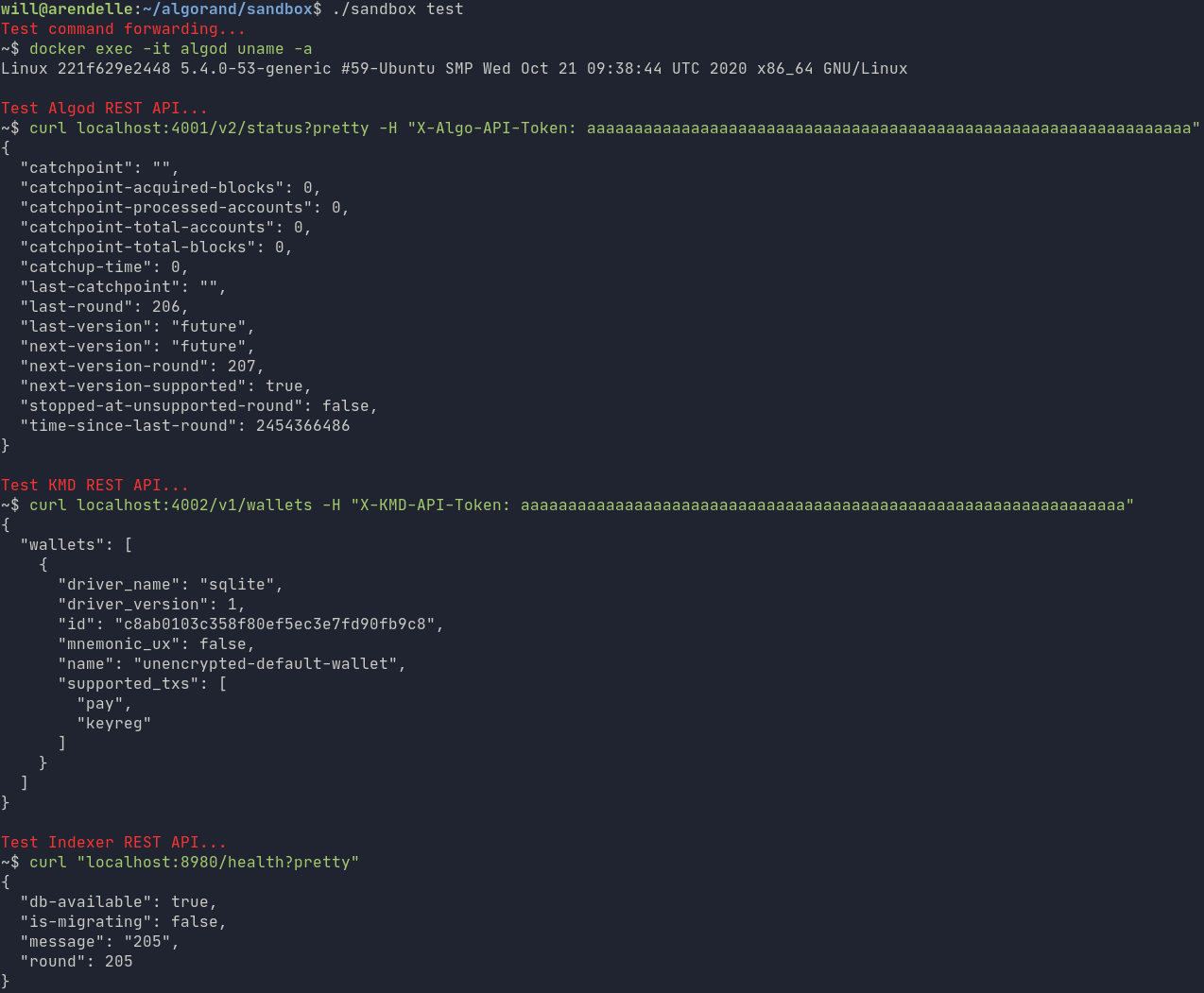 The following up configurations come with Sandbox, and can be used with ./sandbox up <config>.

There is also a configuration for each of the long-running networks:

The configuration profiles are stored in files named config.<name>, where <name> is passed to the up command. For examples you can see the built in configurations like config.nightly and config.betanet.

Creating your own is easy, copy one of hte existing configurations and modify the settings. For example, here is a configuration that will build custom versions of algod and Indexer: