The PyTeal template used in this example is now insecure following the release of Algorand’s rekeying feature. Please be sure to consult the new version of this pyteal template for the secure implementation.

PyTeal is a python language binding for Algorand Smart Contracts (ASC) that abstracts away the complexities in writing smart contracts. PyTeal is provided as an open-source tool for the Algorand community. We invite you to try, use, and contribute to PyTeal if you are interested in developing and deploying ASC’s in Python.

Why a Language Binding?

In the 2.0 release, we added ASC as the high performance layer-1 smart contract primitive to Algorand.

ASC’s are written in a byte-code based stack language called Transaction Execution Approval Language (TEAL). TEAL can analyze and approve transactions but it cannot create or change transactions, and as a result returns only true or false.

TEAL was designed to be significantly limited in relation to what most the world thinks of when the term “smart contract” is used. The language is a non “turing-complete” language, that does not support looping but does support forward branches, it consists of 30 basic instructions, it executes as a straight-line program solely using TEAL operations and every ASC is at most 1KB-long.

However, there is significant overhead in writing logic using a stack language. There is also the added overhead in needing to learn yet another blockchain language. PyTeal allows Algorand developers to express their smart contract logic in Python. The PyTeal library then compiles the smart contract logic to TEAL source code for the developers. In a nutshell, PyTeal abstracts away a lot of heavy lifting that is required when writing TEAL.

Let’s take a look at a periodic payment PyTeal program.

The core of this example is found between lines 14 and 30 (In lines 6–12, we are simply defining constants).

Let’s take a look at periodic_pay_core :

The first thing this program does is check the type of transaction. In this case, it is checking for a pay transaction. 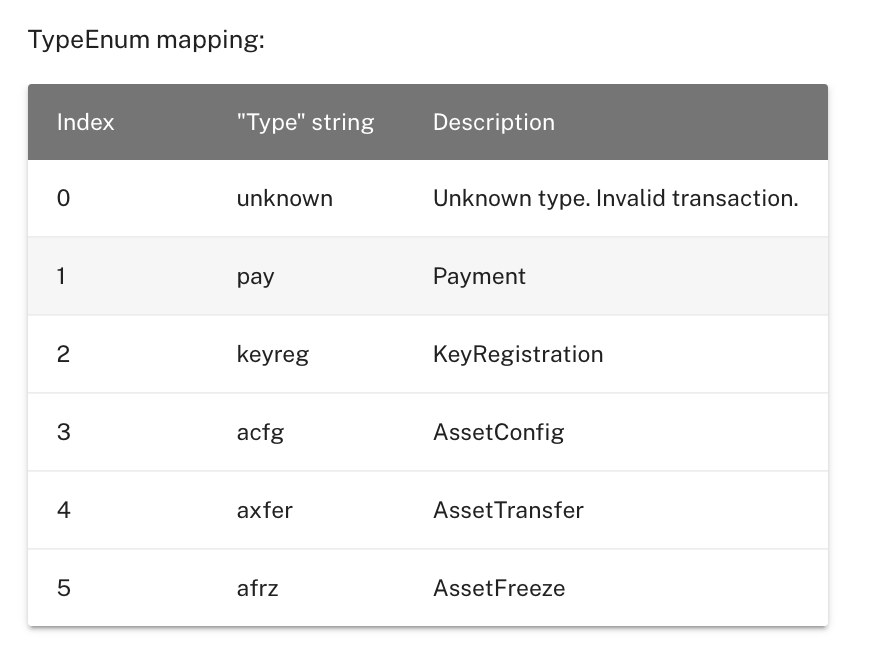 The next thing the program does is check the fee to make sure that it is less than some reasonable amount. This should always be done as a security and sanity check because otherwise, someone could send a transaction that the contract might approve where all of money in the contract is wasted on the transaction fee.

So this says, make sure the transaction fee is less than or equal to 1000.

The final main section of PyTeal code specifies that close case. When the periodic payment’s time (Txn.first_valid() > tmpl_timeout), then all the remaining balance is closed to tmpl_rcv .

In totality, periodic_pay_escrow is saying, here are the conditions for the core of this payment transaction :

AND one of the following:

Running this python code will produce the following TEAL source:

Now that we’ve seen PyTeal and understand how it compiles to TEAL source, let’s run the example.

We will be using goal to compile TEAL and Algorand Python SDK to construct and submit the transaction.

Before running this PyTeal code, make sure that you generate an arbitrary 32 byte string for the lease parameter and pass in that same string into the Python SDK code you are using to sign and send the logic. You can use the one in the PyTeal code above if you are just doing a practice run of this code.

Now, assume you have installed Algorand Python SDK and Algorand command line tool goal. We can run the following Python code (assuming the PyTeal code is in periodic_payment.py under same folder):

Next, we show some more interesting features provided by PyTeal:

In TEAL, there are two data types: uint64, an unsigned 64-bit integer type, and bytes, a raw bytes type. Each TEAL operator’s input must be properly typed. Otherwise, there will be a runtime error if that part of TEAL code is executed. In PyTeal, we implement a type checking sub-system that will reject wrongly typed PyTeal programs at the time of constructing PyTeal program. For example,

Running this PyTeal program in Python yields an error message:

This is because Txn.receiver() is typed bytes while the overloaded < expect uint64 typed operands on both sides.

PyTeal also provides “sugared ” higher level abstractions that capture use patterns to make developing in PyTeal even more “sweet”. For example, we observed that a common use pattern of TEAL is to switch on different cases when the transaction should be approved (like the receive case and escape case in hash time locked contract). We create a Cond operator in PyTeal to make expressing such kinds of conditions much easier. For example:

Thanks for giving this a read! Please consider using and contributing to PyTeal if you are interested in developing and deploying Algorand smart contracts in Python.