This tutorial describes how to access the BetaNet network using an API Service by Purestake. It also covers how to switch between networks and create BetaNet accounts, the tutorial will show how to dispense funds and using the BetaNet dispenser and viewing the results with a BetaNet explorer.

BetaNet is where new protocol-level features are released for initial testing. Therefore, quality and features may not be final, and protocol upgrades and network restarts are common.

The TestNet protocol mirrors MainNet at all times, although without Algos or other assets carrying real value. As such, developers can confidently view TestNet as a stable and public testing ground for their applications before deploying them to MainNet.

BetaNet, TestNet and MainNet facilitate the use of private networks . Private Networks allow for greater control and isolation of your development environment.

Using the Purestake API facilitates using a synchronized node, so there is no waiting for node sync. Purestake API can be used for BetaNet, TestNet and MainNet. Purestake can be consumed from Algorand SDKs on Windows, Mac and Linux applications.

For the Purestake API - use the BetaNet API Key and API URL on your dashboard in your SDK Code. 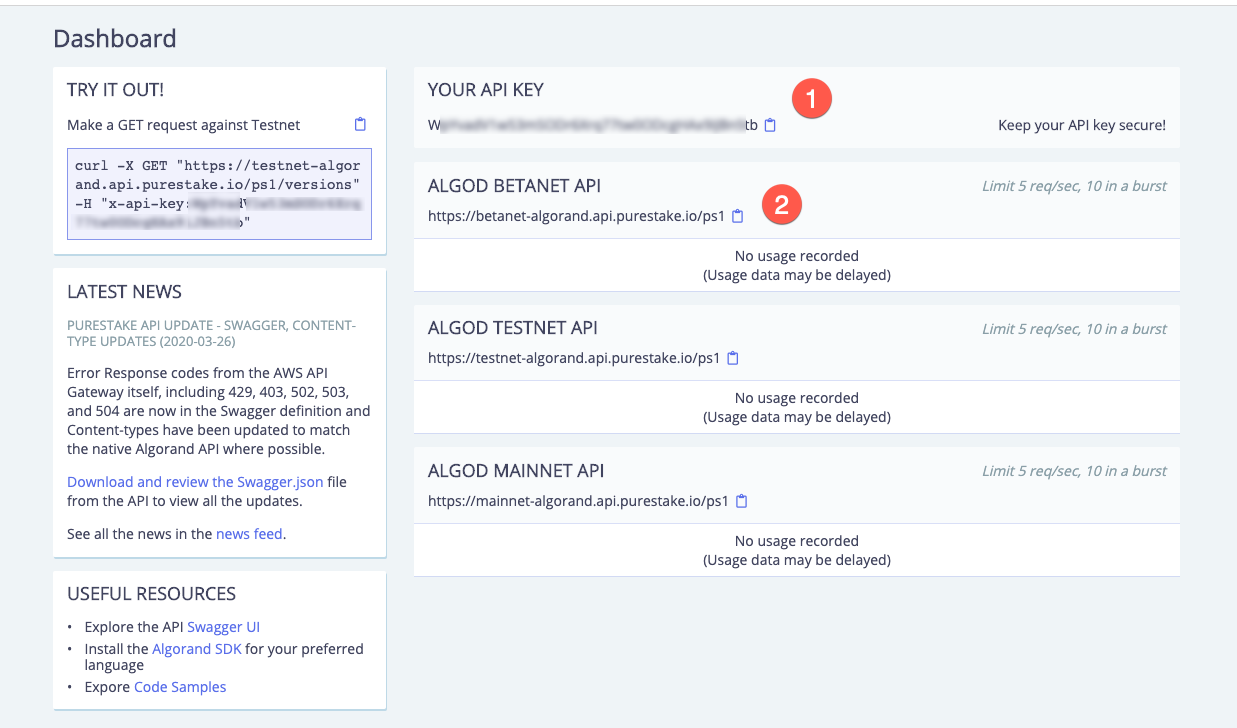 In Figure 1-0 above you see the two pieces of information needed to build Purestake BetaNet Solutions.

To switch networks, simply use the corresponding Algod API Token. Use the Algod BetaNet API token for BetaNet use, as shown above in Figure 1-0.

Simply use your Purestake API key and the Algod BetaNet API token in your code. To create accounts using the SDKs see these links.

To dispense funds to BetaNet accounts you can use the BetaNet dispenser.

To explore BetaNet you can use the BetaNet AlgoExplorer.